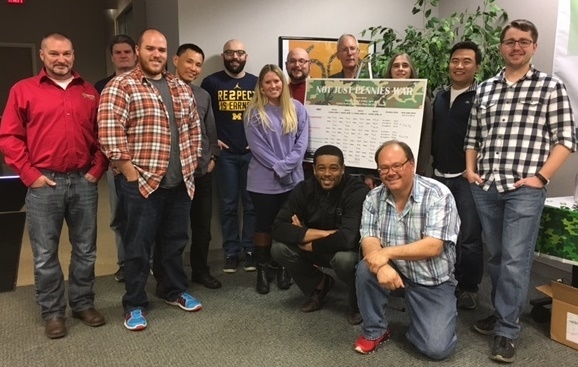 Victory has been declared in our “Not Just Pennies War” to benefit the Autism Society of NW Ohio (ASNO), our Maumee office Community Engagement Initiative organization. Different “armies” within our Maumee office “battled” during Autism Awareness Month, to collect coins and sabotage other “armies” with paper money. Our Transportation Group won the war by firing the final volley in our last battle with nearly $800 in coin. Of course, once all cash and coin was totaled, the real winner was ASNO, which received a grand total donation of $2,052.64 to help improve the lives of people affected by autism.